ATO sounds alert on SMSF investments – but is it overreach? 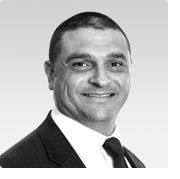 The ATO is sounding an alert on SMSF investment strategies, which the cynic in me believes is being done to deliberately target funds with limited recourse borrowing arrangements (LRBAs). So, let’s take a closer look.

First, a recap: the ATO recently announced they’re sending letters to around 17,000 SMSF trustees and their auditors by the end of August – specifically funds with at least 90% of their total investments in one asset or a single asset class. No examples were offered of the types of investments, fund asset size, or whether the fund is in accumulation or retirement phase.

At first blush it seems well-intentioned: the ATO being concerned that such funds may not have adequately considered diversification and may be exposed to increased risk.

Aside from any appearance of LRBA-bashing, the ATO’s letter does not state that a fund cannot hold over 90% of their total investments in one asset or a single asset class. It simply reminds trustees of the need to demonstrate the appropriateness of their investments in respect of their retirement goals, and the need to comply with Superannuation Industry (Supervision) Regulation 4.09. That is risk and return, liquidity and inadequate diversification.

So, it is worthwhile looking at this issue, and asking questions about how LRBAs can go about satisfying the elements of – not just diversification – but liquidity.

In the ATO’s own online publication on the matter, it states “When preparing and reviewing your investment strategy, take into account the personal circumstances of all the fund members, including their age and risk tolerance. You need to consider:

Liquidity considerations, especially meeting the LRBA debt, might be addressed by regular concessional contributions by members, if a lumpy asset such as property is the principal asset of the fund. Rental income from the underlying asset might also provide liquidity for the repayment of loan and other property expenses. However, given property may not be readily converted to cash, how else may the members/trustees ensure there is sufficient liquidity to pay a death benefit, for example? In some circumstances, insurance policies may be undertaken to provide the fund with the ability to make a death benefit lump sum payment.

It is important to remember the 17,700 SMSFs with LRBAs targeted by the ATO could have documented investment strategies that deal with liquidity in retirement. In fact, the asset allocation strategy of the targeted SMSFs could be a legitimate approach, justified by the fund’s investment strategy. Such fund members may well remember the global financial crisis and feel an investment in real property via an LRBA is something they’re more comfortable with. It could also be a case of the members’ business premises being owned by the fund and leased to a related party – a strategy completely legitimate and contemplated by superannuation legislation. The investment strategy could be one where the LRBA will be paid off by retirement, at which time the unencumbered property could be sold in pension mode, when the fund is a tax-exempt entity and exempt current pension income is relatively high, mitigating capital gains tax.

Whilst the letter appears to target SMSFs with LRBAs, the fact that trustees are being reminded of their duties and obligations is prudent, and the ATO’s campaign could be seen as a timely opportunity for an investment strategy review.

However, the letter is tad heavy-handed and officious, finishing with “You should be aware that if your auditor identifies you have failed to rectify any non-compliance with the requirements listed above, this could result in the imposition of above-mentioned penalties.”

Perhaps the most disappointing aspect of such ATO correspondence is not that leveraged SMSFs are being targeted (again) – but rather the way some sections of the industry are riffing off the ATO’s comments, spreading fear and mistrust without much more than anecdotal evidence. The superannuation industry does seem, unfortunately, to be in a constant state of flux. Key players should not be antagonistic towards each other. They instead should work together to achieve good outcomes for all superannuants, and not just for their own slice of territory.