Corporate Power of Attorney and SMSFs 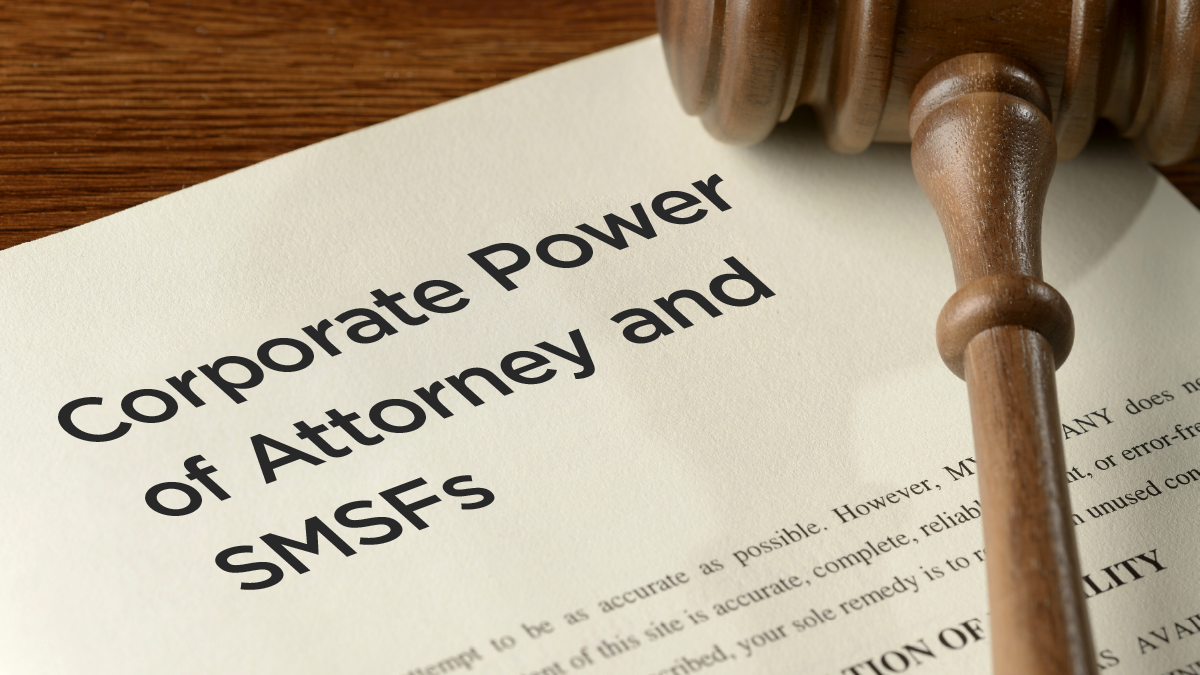 Several months ago, I wrote on the relationship between SMSF members and trustees/directors. In particular, I looked at where an Enduring Power of Attorney (EPoA) may fit into this relationship. You can find that article here.

Since then, we have received several queries in relation to the appointment of a corporate Power of Attorney (PoA) by the corporate trustee of an SMSF.

I’m not about to write about the pros and cons of setting up a corporate Power of Attorney. I understand that state-based trust laws allow for the delegation of powers to varying degrees. The federal Corporation Act also has similar powers.

I’m more interested in, and concerned with, how these laws interact with the Superannuation Industry (Supervision) Act when we are dealing with SMSFs? Notwithstanding the fact many SMSF trust deeds also have clauses that allow the trustees to delegate powers.

My understanding is that the appointment of a corporate Power of Attorney is at a company level, not the individual director’s level. It is not an Enduring PoA and is akin to a principal/agent relationship.

Section 17A of the Superannuation Industry (Supervision) Act outlines the requirements to satisfy the definition of an SMSF. Among other things, most people accept the general principle that members = trustees/director of corporate trustee and vice versa.

There are some exceptions to the rule, including a member’s Legal Personal Representative being able to take on the role of trustee/director and still satisfy the requirements. For example, under an Enduring Power of Attorney, a member’s attorney may be appointed when the member is unable to act, such as when they lack capacity or when they are overseas and need to consider the Central Management & Control requirements to remain an Australian Superannuation Fund.

A deceased member’s executor could also be appointed for a period to have some input into dealing with any death benefit considerations.

The Act is clear that the legal personal representative for a member that may still be alive needs to be granted an Enduring Power of Attorney in respect of the member. That is, a general PoA will not be sufficient to satisfy the requirements of section 17A(3)(b)(ii) of the SIS Act. There is some sense to this, given a general PoA ceases to operate when the donor becomes incapacitated. Right at the time you potentially need to adjust the fund’s trustee structure.

It is also clear that the relationship is linked back to the member and designed to consider the member's interest effectively.

This will generally require that the member be removed from the role as part of any appointment of a legal personal representative. The appointment of an alternate director being an exception to this requirement.

And therein lie my concerns. 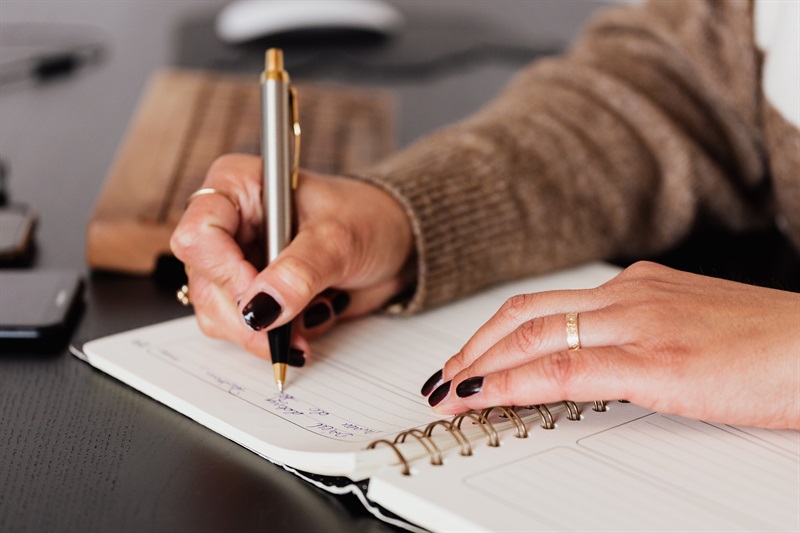 The appointment of a corporate trustee is a general PoA and creates a principal/agent type of relationship between the donor company and the attorney. How does such an appointment satisfy the requirements of section 17A and the Regulator’s view that the appointment cannot be as an agent? In short, I can’t see that it does.

How does the appointment consider the relationship back to the member as required by section 17A? Again, I can’t see that it does.

Would a corporate PoA need to ‘consent to act’ and sign a ‘trustee declaration’ as any new trustee/director would? These are safeguards that ensure that someone cannot be appointed without their consent and that the appointee understands the expectations and their obligations of being a trustee of an SMSF. If these documents are not required, does that create a chink in the armour of good governance of an SMSF and, more broadly, the SMSF sector in general?

The one consistent thought that has come up in every situation when the question has been raised is: why? What are you actually trying to achieve by creating such an arrangement, and importantly, from an SMSF structuring perspective, how does this comply with section 17A of the SIS Act?

I’m not suggesting a corporate PoA does not have its place in an estate or succession planning strategy. More so, questioning whether they are being used for the right purposes when it comes to SMSFs?

One of the areas I covered in my previous article was the common question of an attorney signing the fund’s financial accounts while the donor is overseas. The only person who can sign anything in a trustee or director’s capacity is the trustee or director. When signing the financial accounts as a director, you are not doing that on behalf of the company, you are doing that in your capacity as a director. On this point, it’s worth considering section 35B(3) of the SIS Act, which deals with signing the accounts and statements. For an SMSF with a corporate trustee, it requires the directors to sign. There is no allowance for anyone else to sign i.e., an attorney.

Homer and Marge are members of the Evergreen Super Fund, an SMSF. The trustee is HoMa Pty Ltd, and they are both directors. The SMSF complies with the basic rules for the definition of an SMSF in section 17A of the SIS Act.

If Marge were to lose capacity and be removed as a director of HoMa Pty Ltd, the fund would not comply with the SMSF definition and would have six months to rectify the issue. Having Ned as the corporate attorney does not fix this.

If there are concerns with the director’s abilities to undertake certain obligations, perhaps something other than a corporate PoA needs to be considered, such as alternate directorships or changing the directorship (ensuring compliance with section 17A).

This leads me back to the questions of why, and what are you actually looking to achieve? Make sure any action solves the issue (or potential issue) you are looking to address and, at the same time, does not create unintended consequences.

There is no doubting there is a need for solid estate and succession planning strategies to be put in place for members and the trustee structure of an SMSF. However, when several different Acts, at both federal and state levels, need to be considered, it is important that any arrangements comply with all of them.

I appreciate that section 17A(4) provides a period of six months to rectify any breaches of the section, which would otherwise cause the fund to fail the definition of an SMSF. This may be the catalyst to alleviate some of my concerns as a corporate PoA may allow necessary action to continue to be taken, by the agent, while additional steps are taken to comply with the requirements of section 17A.

Over the years, there has been an increase in recognition that who controls an SMSF is potentially more important than a Binding Death Benefit Nomination. It would be prudent to bear this in mind if considering appointing a corporate PoA. What powers are you deferring to them, and who has ultimate power, if not you?

As we see an increase in questions relating to corporate PoA I feel we need to see an increase in discussion across the industry regarding their appropriateness and potential limitations. Yes, there may be reasons for the appointment of a corporate attorney, but such an appointment has no relevance to satisfying the requirements under SIS. It will not rectify an SMSF’s non-compliance with section 17A of the SIS Act. A corporate attorney is not considered the member’s legal personal representative under SIS. In the meantime, I would suggest to anyone interested in such a structure that they seek legal advice on the matter.