What happens if trustees die simultaneously? 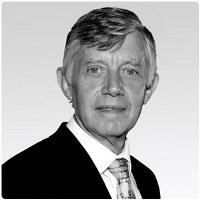 Have you ever wondered what would happen to an SMSF if the trustees or members, often spouses, were to die simultaneously?

Many trustees and members of SMSFs are interested in the payment of death benefits if they or their spouse were to die.  This usually revolves around who is eligible to receive the death benefits, the effectiveness of  reversionary pensions, non-reversionary pensions and the different types of death benefit nominations.  Also, questions arise about the structure of the fund after the member’s death and trustee issues, such as whether it is better to have a trustee consisting of individuals or a company.

During many conversations with couples, the question, ‘but what if we were to die at the same time’ may be raised.  The correct answer is that ‘it just depends on the situation’.

When paying death benefits from a superannuation fund, the Superannuation Industry (Supervision) Act (SIS Act) and Regulations require that benefits payable on the death of a member must be paid to the member’s dependants, legal personal representative or both.  However, when it comes to simultaneous or concurrent deaths the superannuation law is silent.  The States have laws to determine who is deemed to have died first where a couple die simultaneously or a survivor clause where assets will go to the spouse if he or she survives the deceased after a period.

Under the SIS Act a dependant for superannuation purposes at the time of the member’s death is their spouse, including a de facto (of the same or different sex), their children, anyone who was financially dependent upon them for support, or any person with whom they were in an interdependency relationship.  For taxation purposes the meaning of dependant is similar, however, adult children are usually excluded as ‘tax dependants’ unless they are disabled.

The governing rules of the superannuation fund, which are usually incorporated in the fund’s trust, will set out who may receive death benefits.  A member may nominate a dependant to receive any pension they were receiving at their death and may complete a binding death benefit nomination naming certain dependants and/or their legal personal representative to receive the relevant death benefits.

A member of an SMSF or small APRA fund (SAF) has the advantage of directing the trustee to pay benefits to the relevant people in many ways.  For example, the trustee can be directed to pay pensions or lump sums, pay a particular amount to the member or their estate or even have certain fund assets transferred to particular beneficiaries.

This option is not available if death benefits are paid from a fund with more than 6 members.  The reason is that in larger funds the law requires that any binding death benefit nomination nominates a percentage of the member’s benefit to be distributed to their nominated dependants and/or the legal personal representative.  Where a person has nominated their legal personal representative to receive a death benefit, the executor of the member’s estate can distribute the death benefit to dependants as provided in their will.


Simultaneous death of a couple

As a general rule, where two or more persons die in circumstances where the order in which they died cannot be precisely determined, the deaths are considered to have occurred on the basis of seniority.  That is, the elder is deemed to have died first and the younger person is deemed to have survived the elder for these purposes.  However, when it comes to superannuation the payment of the deceased members’ benefits may be impacted by a number of factors.

One factor is the impact of the fund’s trust deed.  For example, a member may be in receipt of a pension and their spouse, who is younger, may be nominated to receive a reversionary pension. The member also has a binding death benefit nomination in place which nominates children from another relationship to receive the benefit.  In this situation, payment of the death benefit may be determined in accordance with the fund’s trust deed.  In some deeds the death benefit nomination may take precedence over the reversion of the pension.  However, if it is silent on which takes precedence, the younger spouse would become entitled to the reversionary pension.  Any other benefits of the member would then be distributed under the binding death benefit nomination.


The State or Territory laws

Another factor is the particular law of the State or Territory in which the deceased person resided, rather than where they died.  In most cases if there is no certainty on the order of death then the older is deemed to have died first and so on, however, this may be subject to the order of the court in relation to the division of property.

The wording of the directions given by the member for distribution of the death benefits may also be relevant.  In the case of SMSFs and SAFs the benefits of section 58 of the SIS Act should not be underestimated as it allows the trustee to be subject to direction ‘by another person’, usually a member.  It is this provision that allows the member to direct the trustee to pay death benefits in a much wider range of circumstances than larger funds.  For example, it will allow the member to direct the trustee to pay the death benefit to a surviving spouse only if they survive for a period after the member’s death.  The State and Territory laws use 30 days as the period, however, with the direction to the fund trustee under section 58 of the SIS Act any period could be used in relation to the survival of the spouse.

The benefit of including a survivor provision in the binding death benefit nomination may resolve the issue, where the parties died simultaneously and the member’s wishes for the direction of the benefit would differ if their spouse had pre-deceased them.  This may occur where a blended relationship is  in existence and the member may wish their death benefits to be paid to their children or their estate rather than to their spouse’s children via the spouse’s estate.  The member may also wish to put in place a cascading death benefit nomination which would nominate the surviving spouse as the first death benefit beneficiary, but if the surviving spouse died within 30 days of the member’s death that their children or others become entitled to receive the death benefit.

For anyone reviewing their binding death benefit nominations, especially those with a blended relationship, it may be worthwhile reviewing who is to receive death benefits from superannuation if both members of a couple were to die simultaneously.  Most cases where the payment of superannuation benefits end up in a dispute involve inadequate instructions or no instructions being made by the deceased including the absence of an updated or current will.