The importance of succession planning and SMSFs 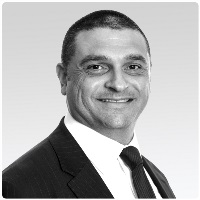 Succession planning in an SMSF should be an important consideration for all SMSF members.

With the right planning, a smooth succession can be achieved with administrative ease, minimal compliance hassles, tax effectiveness and certainty upon the death of a member.

But what is succession planning?  How does it differ from estate planning?

Estate planning is, in essence, a sub-set of succession planning.

Succession planning establishes who takes over driving when a member/trustee?   can’t anymore.

Estate planning establishes who gets the assets and how they get them.

Super laws have changed markedly over the last 13 years or so, with Simpler Super in 2007 and the more recent changes in 2017, have made super more about the current member than a wealth transfer vehicle.

This also, however, makes succession planning more important than ever to ensure administrative ease, certainty, compliance (such as Transfer Balance Accounts, reporting obligations, etc) and importantly all this occurring in the most tax effective manner possible.

Trustee of the fund after death

The first things to note is when a member dies they also cease to be a trustee (individual or director of a corporate trustee).

This may mean the fund fails to satisfy the definition of an SMSF.

But the super laws – the SIS Act – gives us 6 months to restructure the fund, so it again satisfies the definition of an SMSF.

With a simple fund, comprising 2 members, the surviving spouse may look to appoint the LPR – the executor of the deceased – as trustee in the stead.

This may be themselves, or often it may be adult children who can assist with the running of the fund.

Does this mean the fund will again satisfy the definition of an SMSF?  Mum continuing as trustee in her own right, and, say, Mum and her two adult children as LPR for Dad?

Yes. The fund will satisfy the definition of an SMSF if Mum and the Executors of Dad’s estate are trustees of the fund, but only for a period of 6 months after Dad’s benefit commences to be paid.

After that time, the trusteeship will need to be permanently restructured.

Super is not an estate asset

Remember, however, super is not an estate asset so the LPR being appointed as trustee in place of the deceased member is not an automatic appointment.

Super exists in its own world.  Your Executor is only appointed trustee if the fund’s governing rules – the trust deed – allows for it.

In many cases there may be no issue with this but in blended family situations it can be a major issue.  There is much case law regarding control of SMSFs such as Ioppolo & Hesford v Conti & Anor [2013] WASC 389. 4 daughters from the first marriage challenged the payment of a death benefit and wanted to be appointed co-trustee of the fund as Executors of the deceased. Unfortunately for them the fund’s Trust Deed did not expressly allow for this.

Remember succession planning is about who controls a fund when the member/trustee  cannot.


The importance of the fund’s Trust Deed

One cannot underestimate the importance of the fund’s trust deed as this mandates what a fund can and cannot do.

The fund’s trust deed does not only outline if the Executor can be appointed in the stead of a deceased trustee/member; it also identifies who has the power to appoint a new trustee upon a member’s death.

This last point is important, as single member funds with individual trustees involve a little more thought than fund’s with corporate trustees.

One issue is the requirement for asset to be registered in the names of the individual trustees.  This can be a time-consuming process so, you only want to do it once!

And of equal importance, to deciding who will be individual co-trustee after one has passed away, is clarity around whether a majority or other voting threshold is required for member decisions.

Perhaps the LPR and the existing trustee disagree on who is going to be appointed as new trustee and/or member?

This becomes even more crucial with the introduction of 6 member funds – if another generation comes into the fund, who has control?

Is it by member balance? If the LPR represents a deceased member, who had the larger balance in the fund, does that mean the LPR has more decision-making power than the existing member?

Does the LPR have a casting vote?

Notwithstanding that fact, we would always advocate for a corporate trustee even if it involves a restructure while both members are alive.

Administration, especially when it comes to succession planning, is much easier and cleaner.

But one needs to be careful as to how this is structured.

Karen and Keith are Directors of their SMSF Corporate Trustee with 3 shares each.  They have 2 children, Ray and Fran, who are their LPR.

The Trust Deed appoints the LPR as Director of the Corporate Trustee on death of the member.

The Company Constitution appoints the LPR as Director in place of the deceased but Keith’s Will says all his shares in the company are to go to Karen.

Karen is the sole shareholder, with Ray and Fran as co-Directors.

Succession planning is about who controls the fund.

A Binding Death Nomination (BDBN) is a direction from Member to Trustee to pay their benefit a certain way on death.

It is absolute – the Trustee must follow the member’s direction.  However, it must be valid – otherwise it’s invalid.

Most large super funds only provide 3-year lapsing BDBNs.  However, an SMSF can have a non-lapsing BDBN if the Trust Deed allows.

SMSFs can have a cascading BDBN which directs the Trustee to pay the benefit to a subsequent beneficiary if the primary beneficiary passes away. But again, the governing rules must allow for this.

BDBNs are a pat of the succession planning solution, but who controls the Fund is of critical importance!

Why is control of critical importance?

Once again, case law shows us what can go wrong.  In Wooster v Morris [2013] VSC 594 the deceased completed a BDBN in favour of 2 daughters from a first marriage. The surviving individual Trustee (second Wife) disregarded the BDBN which a court later found to be valid.

But the plaintiffs had to wait three and a half years to get their money!

A well-constructed BDBN, along with a corporate trustee, Trust deed and other documentation, that ensures the right people are in control of the fund, are cornerstones of effective succession planning.

This is another piece of the puzzle.  A reversionary pension is one where documentation shows the income stream is to ‘revert’ to a subsequent beneficiary (or beneficiaries) on the demise of the primary pensioner.

This means the pension does not cease on the death of the primary pensioner – it continues seamlessly and can be paid to multiple beneficiaries, such as minor children.

Reversionary pensions provide certainty as to who gets your death benefit.

Combined with a BDBN, strategies can be implemented that stream various benefits to different beneficiaries to maximise planning outcomes.


BDBN versus reversionary pension – which one takes precedent?

Whilst the two should be used to compliment each other, we are often asked which takes precedent?  If a client has a reversionary pension that stipulates a spouse is to receive the benefit, but a BDBN states the same benefit is to go to the deceased’s estate, which one wins?

Remember a BDBN is a direction from the Member to the Trustee instructing how the Trustee should pay the Member’s benefit if they die.  A BDBN is binding on the Trustee of the Fund.

Therefore, in most instances, a reversionary pension trumps a BDBN however it often depends on the Fund’s Trust Deed and other documentation.


Bringing it all together

Below is a simple Case Study that brings the salient points together.  It is by no means exhaustive but pulls the concepts together.

Richard, 68, has $1m in his fund.  He is the only member.  His benefit is in accumulation mode.

He is married to Sandy.  They are both individual trustees of the SMSF.

Richard has a child from a previous marriage, Grant.  Grant is an independent adult working in IT.

Grant is Richard’s Executor.  Upon his demise Richard would like an income stream to be payable to Sandy.  He would also like his adult son Grant to receive a lump sum from the fund.

How could he structure his benefit to achieve this?

Subject to the fund’s governing rules, Richard could commence 2 pensions worth $500,000 each.  Sandy could be named as the reversionary recipient of one of the pensions. The other pension could be non-reversionary.

Richard could also have a BDBN that nominates his son Grant as the recipient of his benefit.

This could encompass the non-reversionary pension, as this pension would cease on his death and form his accumulation benefit.

Therefore, the BDBN would only encompass the accumulation interest, not the pension interest.

A Corporate Trustee could also be established.  The fund’s Trust Deed and Company Constitution could allow the LPR to become Trustee in Richard’s place.

Therefore, both Sandy and Grant could become Director/shareholder.  Sandy would not ‘control’ the fund.

Once the death benefit is lump sum is paid out Grant could resign as Director.  This would only involve notifying the Australian Securities and Investments Commission (ASIC) that a Director has been removed. There would be no need to re-register the assets into new names, as would be the case if there was the death of an individual Trustee.

Sandy could then be the sole Director of the Corporate Trustee.

But, Richard needs to ensure the pension is reversionary.  The fund’s governing rules – including any pension documentation – is key in this area.

If both pensions cease on death they will form the accumulation interest which would then be encompassed by the BDBN which said the benefit will go to Grant.

Richard also needs to ensure the control of the fund is in the right hands.

Possession is nine-tenths of the law!

• A clear nomination as to whom death benefits of the member shall be paid.  This should be supported with documentation such as reversionary pension documents and a BDBN.  It may be beneficial to have these elements hard-wired into the SMSF’s Trust Deed.
• Appropriate directions via the deed, Company Constitution and other contemporaneous documentation as to who controls the trustee of the SMSF.
An SMSF only forms part of the member’s overall succession planning.  It is important that Wills, Enduring Powers of Attorney and any other estate planning documentation (such as testamentary trusts) align ensuring the right people, at the right time, receive the right benefit.