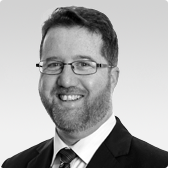 These newish measures are now also revealing some challenges, which may be due to a lack of planning, a lack of understanding or unintended consequences.

Most people are aware of the interaction between a member’s TBA and TSB. Obtaining the information necessary to make decisions can be difficult in the early stages of a new financial year, particularly for annual clients. Strategies around non-concessional contributions (NCC), catch up concessional contributions amongst others, all rely on knowing a member’s TSB as at 30 June in the year prior.

Which leads to questions. When it comes to making NCC in the 2018 financial year, how was TSB measured at 30 June 2017 when the TBA only came into existence the next day? And why are we only asking the question now? Is it something that we even need to concern ourselves with given we are now in the 2019/20 financial year?

Although it did get a mention in the Law Companion Ruling dealing with TSB (LCR 2016/12), you would have been forgiven for missing the fact there were transitional rules for calculating an individual’s TSB just before 1 July 2017. Example 7 attempted to highlight how this worked. However, it’s not uncommon that such examples are simple in their nature and attempt to provide a theoretical application. More often than not, the practical application is different to the theoretical.

Consider this scenario. On 30 June 2017 Member A had the following interests in their SMSF:

So far so good, nothing seems out of place, right? Imagine the surprise of the member, adviser and accountant when the member received an excess NCC notice in May 2019. According to the notice, Member A had a TSB of $1,900,000 as at 30 June 2017 and therefore had a NCC cap of zero for the 2017/18 financial year.

This has effectively resulted in doubling counting for both the accumulation account and pension account that existed as at 30 June 2017. How? Per the above provisions, the details of the TBA will be derived at the end of the day of 1 July 2017. As it does not appear to affect the outcome, we can ignore the concept of a modified TBA for TSB purposes in this situation.

TSB = accumulation account as at 30 June ($250,000) + transitional TBA ($700,000 (existing pension) + $950,000 (new pension)) = $1,900,000. As you can see the accumulated interest is firstly counted as accumulation and then again when it forms part of the newly created pension interest, which commenced on 1 July 2017. With no provisions to account for the debit that would arise from the commutation of the original pension, this value has also been double counted (as part of original pension + as part of the newly created pension).

Funnily enough, if the existing pension was not commuted until 2 July 2017 and the new pension commenced immediately after that, there would not have been a problem for Member A. What’s not funny, is that this is not the case. Starting a pension on the first day of the financial year is fairly common, the second day, not so much.

Calls from the client and their accountant to the ATO have resulted in the administrator being blamed for incorrectly reporting information in relation to the TBA and suggestions that this be corrected. The only problem is, there is nothing wrong with the reporting and there is nothing to be corrected, as they have been prepared in accordance with TBA reporting requirements. It would appear that some ATO staff are also not aware of these transitional arrangements and are therefore not providing concerned members with suitable guidance to deal with these excess NCC notices that, in a fair and reasonable world, should not exist.

Was Member A’s circumstance the perfect storm that just happened to result in a TSB in excess of $1.6M? If we haven’t heard about other clients who also started pensions on 1 July 2017, does that mean the matter is now behind us?

This issue has only just come to our attention and we are still in discussions with the impacted member to determine the best way to deal with this. One option is that the member should object to the excess NCC determination. As mentioned above, another suggestion has been to correct the transfer balance account report (TBAR) causing the problem. Contacting the ATO to discuss either option is problematic when you are the tax agent for the SMSF and not the individual. Although we are responsible for lodging the TBAR the ATO will still cite privacy reasons for not discussing the matter with us. This is another example where being the tax agent for the SMSF and not the individual hampers our ability to deal with the ATO directly on a matter.