Is it a good thing for SMSFs to be absorbed into industry funds? 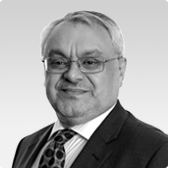 There seems to be an escalating war of words being directed at the SMSF sector coming from the industry super funds. While they may want a slice of the $750 billion SMSF pie, they might want to be careful what they wish for as their ambition could threaten their current investment strategy and its benefits to the Australian economy.

Let’s talk about the one thing never mentioned; namely the impact SMSF members would have on industry fund cashflow with the proportion of pensioners in the SMSF sector compared with industry funds.

For SMSFs we don’t have recent data after 2016, so the figure quoted by the ATO is overstated compared with current position as it does not reflect the impact of the introduction of the $1.6 million transfer balance cap at 30 June 2017.

Nevertheless, the figure for the 2015/16 year was $34.9 billion in pension payments. If we compare this with the other Fund types based on APRA’s December 2018 data, we see the following:

This would mean that moving all the SMSF members into industry super would almost wipe out the cash flow that is currently available for investment.

This is a pre-cursor of things to come as the population ages and more superannuation members move into retirement phase and start drawing down pensions. According to The Institute of Actuaries analysis up to 1.5 million new retirees could move into pension phase in the next 10 years increasing the amount in pension phase from $767 billion to 1.4 trillion.

If this happens in the industry funds then this will initially limit the capacity of the superannuation industry to invest in illiquid assets particularly if the cashflow is not adequate to cover an increasing pension draw requirement (increasing due to both more pensioners and increasing drawdown rates as they age).

The problem is that there are significant differences in how the assets are held as well. Based on the ATO data most SMSF data is either held directly or listed, with unlisted trusts and shares totaling 12%. 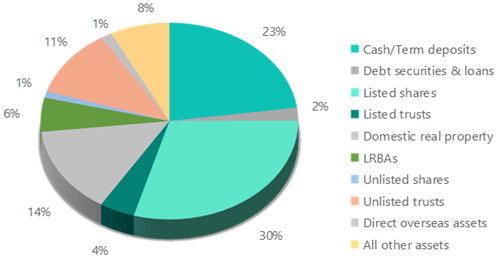 In contrast APRA data shows only $370 billion out of $616 billion is held directly.

This has an impact on how the assets produce cash flow as directly-held assets will pay net earnings to the investor as it is earned, while investments held through structures will pay income to the investor less frequently.

This means the superannuation fund needs more cash or readily liquid assets for to cover the regular pension payments made in the periods between the structure making payments.

So, while the industry fund sector may think it is in their best interest to absorb the SMSF sector (and all others as well) it might be better for the investment world and the wider Australian economy if pensioners and contributors stay on separate sides of the fence.

The health of the superannuation sector has thrived with a balanced mix of Industry, Retail and Corporate, and SMSFs. As the Assistant Minister for Superannuation, Financial Services and Financial Services Technology, Senator Jane Hume. recently said: “The most important thing now is that we put aside the sector wars, whether it's between industry or retail, whether it's between self-managed super funds (SMSFs) and industry and retail super, and say, right, well, what's in the best interest of members?” she said. “That's what we're all about, the best member outcomes that we can get to.”

I’d further add that those in the superannuation sector a further duty to the wider economic health of our nation.