Getting used to the new reporting regime 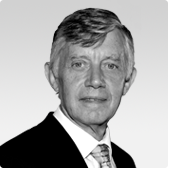 Last year’s super changes put limits in some areas while in others the super concessions were freed-up. One or two of them don’t commence until this year. But the real sleeper is the new ATO pension reporting requirements for self-managed funds (SMSFs).

Probably the most controversial of the new changes from 1 July 2017 was placing a $1.6 million limit on the value that could be transferred into retirement phase to commence most pensions. So that the rules could be regulated, the legislation requires that the ATO is notified when pensions start, stop or other events occur. The requirement to report is the responsibility of the fund trustees supported by their advisers, accountants or fund administrators.

Anyone drawing a pension on 1 July 2017 or commencing a pension after that time will have the value of the pension reported on commencement and that is likely to be the end of any reporting obligations. However, anyone who starts and stops pensions at regular intervals, reporting may more frequent. In any case, the golden rule is to report the relevant event as soon as possible. If the $1.6 million limit is exceeded any penalty applying will commence from the time the event occurred up to the time the ATO issues its determination. The shorter the time lag the better as any penalty should be lower.

To start with, any pensions in retirement phase being paid on 1 July 2017 or any new pensions after that time are required to be reported.

Commutation of retirement phase pensions after 1 July 2017 also require reporting – and the amount of the commutation reduces the amount counted against the $1.6 million cap. A part or full commutation of a pension is where an amount is transferred to accumulation phase or converted to a lump sum and withdrawn from the superannuation system.

What’s not counted is each payment of the pension amount or any gains or losses on a person’s pension account.

When is a fund required to report the relevant values?

Reporting depends on a number of factors which is where the fund administrator, adviser or accountant’s knowledge of the new system comes in handy. For SMSFs it depends on the total amount a person has in superannuation at the commencement of the financial year and the ‘pension event’.

For members of SMSFs with total amounts in superannuation of less than $1 million, reporting of retirement phase events happens when the fund lodges its annual return. This will apply to most members of SMSFs. However, anyone with a total amount in super of more than $1 million who is in receipt of a retirement phase pension on 1 July 2017, the relevant pension is required to be reported to the ATO by 1 July 2018.

Other specific retirement phase events that occur during the 2017/18 financial year are required to be reported by 1 July 2018. The reporting date for these amounts is 28 October 2018 or in some cases it could be at the time the annual return is lodged for the SMSF. Events that take place from 1 July 2018 are required to be reported 28 days after the end of the quarter in which the event occurs.

For anyone who commences a retirement phase pension for the first time after 1 July 2018, reporting will depend on the total amount the person has in super. If less than $1 million the reporting will always be at the time the fund lodges its annual return. If the first-time pension has a value of more than $1 million then reporting to the ATO will always be on that basis, as indicated above.

If you think that’s confusing, the new reporting system is further complicated because some events are required to be reported sooner than those described above. This applies to the commuted amount of a pension which requires reporting within 10 business days after the end of the month in which the commutation occurs. Replies to commutation authorities must be made within 60 days. Commutation authorities are issued by the ATO where a person has exceeded their $1.6 million transfer balance cap.

The new reporting rules not only apply to SMSFs but apply to industry, retail, corporate and government funds. However, these funds need to send the required information to the ATO 10 days after the end of each month.

As you can see, if you are a member of an SMSF and other fund types at the same time, or you transfer benefits between these types of funds, there may be a mismatch in the timing of reporting. For this reason, it may prudent to report the events as soon as possible to guard against double counting of amounts and a potential excess transfer balance determination.

How do the new rules impact on pension strategies and SMSF reporting?

The commencement of a retirement phase pension must be reported to the ATO within 28 days after the end of the quarter in which it started. To report correct balances, up-to-date figures are required. The ATO allows estimated pension balances when the pension commences, however, the better result would be to have accurate figures in the first place.

The benefit of reporting as soon as possible cannot be underestimated, not just by the due date, whether that is quarterly or annually.

Where a person exceeds their TBC, reporting to the ATO prior to the due date will limit the amount of notional earnings depending upon whether it is a person’s first or subsequent breach of their transfer balance cap. It could also be as simple as identifying the excess soon after it occurs and adjusting the pension by commuting some or all of it to accumulation phase or as a lump sum payment to the member.

In October 2018, Mick decides to rollover his pension to an industry fund regulated by APRA and wind up his SMSF. The rollover of his pension is a commutation and an event that must be reported. The commutation value of his pension at that time is $919,530. However, the SMSF can report the event to the ATO at the same time as lodgement of the 2018/19 SMSF annual return – as late as 15 May 2020.

The APRA regulated fund commences Mick’s new pension in October 2018. This is a commencement of a new account-based pension and must be reported to the ATO. The APRA regulated fund must lodge the report with the ATO 10 business days after then end of October 2018. This is much earlier than the due date for lodgement of the SMSF’s reporting obligations of the commutation.

If the SMSF does not report the commutation to the ATO until 15 May 2020, Mick’s transfer balance account could be in excess, as follows:

Effectively, there is double counting of Mick’s pension, as the commutation in the SMSF is not required to be reported for another 18 months. Based on the information lodged with the ATO, Mick has exceeded his transfer balance cap amount and is likely to be issued with an excess determination. The excess determination will include the amount more than Mick’s transfer balance cap plus notional earnings, which must be commuted from Mick’s pension. Further, notional earnings will be taxed at 15%, payable by Mick and if Mick fails to report the pension commutation from his SMSF within 60 days of receiving the determination, the APRA fund will be required to reduce his pension balance by the excess amount stipulated on the determination.
Because of difference in the timing of the reporting Mick has ended up with an excess. We know this does not reflect the correct position as the reporting of the commutation will reduce his transfer balance account back to $900,000. To avoid the excess determination being issued and the subsequent time spent on rectifying the situation, the SMSF must notify the ATO about the commutation no later than the APRA regulated fund notifies the ATO about the commencement of the new pension. This scenario could occur to any SMSF member who has a pension with a value of at least $800,000 in this situation.
SMSFs can be well placed to deal with the reporting requirements if they report more regularly. If the fund has up-to-date data and information about the SMSF, then trustees, members and their advisers will be able to make more timely and accurate decisions and avoid instances of inadvertent excess pension determinations being issued by the ATO.